For those living in cramped, Covid-infested cities, vacation homes are worth more than gold. In the US, anyone who has one is living there right now. In countries with a stricter lockdown, retreating to a rural weekend bolthole is less straightforward—Scotland’s chief medical officer had to resign on Monday after being given a police warning for visiting her second home.

Yet even in the US, sales of second homes have fallen through the floor. Restrictions on business activities as well as uncertainty surrounding the economy, real estate values, bank lending and freedom of movement means that it’s very hard to sell any sort of home right now. In early April, a nationwide survey of 600 agents by real estate tech platform Homelight found that more than 85 percent of realtors have seen buyers pull out of home searching. The drop has been sharp—as recently as February three quarters of realtors reported feeling optimistic about 2020.

The last time things looked apocalyptic, back in 2008, Nina Rumbough had just put her Connecticut home on the market. “It was the week before Bear Sterns crashed,” she says. “We sat with it for three years.”

In early March, Rumbough decided to sell a Hamptons vacation home she had previously bought for her daughter. “We only had time for one viewing before the lockdown,” she says. “I was like, oh my God I can’t believe this is happening again.”

Rumbough—who is the daughter of Dina Merrill, the actress, and the granddaughter of Marjorie Merriweather-Post, the owner of General Foods and Mar-a-Lago—is resigned to waiting. “We are mentally prepared sit it out. We feel that it’s good to have it online, even though people can’t physically see it. We are fortunate that we are not in a position where we have to sell, and I feel for everyone who is in that position.”

The 4,700-square-foot house, on Egypt Close, a picture-perfect lane in East Hampton, has five bedrooms and a pool and is listed with Brown Harris Stevens for $6.45 million. Rumbough and other Hamptons sellers are restricted by the seasonal nature of the local real estate market. “If we’d tried to sell it a month earlier, I don’t think it would have worked,” she said. “February is awful in the Hamptons, cold and dreary, not a typical time for people to buy. So I don’t have regrets—though you can ask me again in six months.”

Another grand Hamptons vacation home, on the other side of the South Fork peninsula at Sag Harbor, is also sitting on the market. Stephanie Louise, the owner, is similarly resigned.

Louise inherited the house, which was built in 1790, from her father. “I decided to sell because it’s a large building, and I’m only me,” she says. After listing the home for $7.9 million in February, Louise had an interested buyer, but he “put the brakes on” when the lockdown was imposed. She’s now dropped the price to $6.9 million.

She is sanguine about her prospects. “There is a reason for everything, so I am not frustrated. I have people who want to rent it, but I’m saying no for now.”

Some sales transactions are still taking place, typically in new developments where in-person surveys or bank valuations are not required. One Seattle couple managed to salvage the purchase of their vacation home on the Big Island of Hawaii even after the stock market crash in March wiped out the value of their investments.

The Panana lots at the Kohanaiki community on Hawaii’s Big Island.  Courtesy of Kohanaiki

Eva Manolis and her husband Chris Zouboulakis decided in January to trade their second home in the Kohanaiki residential resort to a larger off-plan house in a new area of the luxury development. “We picked a corner lot with amazing views,” says Manolis, who spent much of February travelling for business. “Covid-19 was not being taken that seriously then, but by the time I got back, it had hit Seattle and we felt very stressed,” she says.

“At the end of February the stock market collapsed,” recalls Zouboulakis, a retired lawyer. “The day Eva came home, we called the developer and said, thank you for all your work but we should put the brakes on the whole idea. But then our account manager at Morgan Stanley called and told us not to freak out. They said it’s not a great time to sell stock, but we are happy to help you with a loan and there are very good rates. We decided to take a long-term view and go for it.”

The couple put down a deposit there and then. As with the sellers in the Hamptons, they are financially secure enough to take risks. “Why wait six months to make the same deal?” says Zouboulakis. “You always think you can make a better deal, but at some point you have to just do it. We got more or less free money and preserved our capital.” 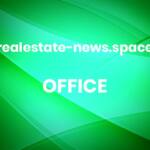