The husband had always wanted a ski house in Aspen, and when the couple came across the property three years ago, they couldn’t resist making an offer. The home, built in 1997, had outdoor space, room to spread out, and plenty of windows to sever the barrier between the spectacular views and the built environment. Around the same time, the couple discovered Pembrooke & Ives and Cunniffe via Pinterest and enlisted them to create a mountain escape that wasn’t precious.

“The home is a refuge from New York,” says Sheinman. “We wanted it to be about comfort and enjoying two distinct seasons in spaces that have nuance. And that’s a very key component of our design—it’s not just about looks but also how it feels.”

The family saw Aspen as more than a winter escape. “It’s such a beautiful part of the country,” she says. “Obviously, the skiing is phenomenal, but it’s wonderful in the summer too.”

Blue pendants by the Urban Electric Co. add a spot of color.  Photography by JC Buck

Instead of a traditional ski chalet with classic, moody interiors, the creative team devised the design version of a deep exhale. “We didn’t want to shy away from things that would be typically used in a mountain home,” says Nicdao. “But we wanted to make sure they were used in a very edited way.” In the living room, the designers plastered the walls in a light cream color with enough depth to hold its own against the reclaimed timber beams. The flagstone fireplace was original to the house, but Nicdao and Sheinman cut it with a modern mantel. “The palette is very much reflective of the natural surroundings through all the seasons,” says Nicdao. “That’s where we got our material and color inspiration.”

In the kitchen, the designers paired oak millwork with Kenya Black stone.  Photography by JC Buck

In the living area, the designers fashioned a thick plane of polished white wood onyx into a bar, with a row of Arne Jacobsen’s mid-century modern Swan chairs facing a serene, wooded view. The stone exemplifies what the wife refers to as a restrained fire-and-ice theme coursing throughout. That particular slab, which she found with Sheinman, “felt like Aspen,” she says. “It felt like snow and ice; it had bits of gold going through it, too.” A crystal-like fixture by Jeff Zimmerman in the master bedroom is another icy touch.

Cunniffe, who has practiced in Aspen for 40 years, made deft changes to save the home from looking dated in a few years. “We wanted to make it unique and timeless,” he says. “It’s not of a certain period, or a rustic retreat. It’s about the connection to the outdoors and the family, and how the house expresses their lifestyle.”

In addition to replacing the mechanicals and windows, Cunniffe and senior project manager Erica Delak collaborated with Pembrooke & Ives on the layout to better suit the family’s needs. The kitchen, says Nicdao, was designed to be its own separate space with a lounge where the clan can gather. When they entertain, the space can flow just as easily into the dining area.

The master bedroom carries the fire- and-ice theme via a crystal-like light fixture by Jeff Zimmerman.  Photography by JC Buck

The property faces Aspen Mountain’s ski area and the Maroon Bells twin peaks, but it was sunken in when the clients purchased it, and a large berm disrupted the sight line. The design team, along with the landscape architecture firm Mt. Daly Enterprises, removed the obstruction, regraded the area, and reconfigured the outdoor living space into defined zones for the hot tub, pool, fire pit, and dining area. “We saw an opportunity to enhance the sense of yard and create an expansive view that didn’t exist,” says Cunniffe.

While their New York City residence is what the wife calls “traditional with a twist,” in Aspen it was all about comfort. “The goal was to create intimate spaces so that the owners felt cocooned by the house,” Sheinman says. He and Nicdao selected shearling carpet, textured cashmere and other luxurious materials that make the environment feel enveloping.

“My husband hates 18th-century furniture that’s uncomfortable and too rigid,” the wife says. “He wants to be able to sprawl out. There are lots of places to really lie around. We love to read. You can curl up—lots of fireplaces, that sort of thing. We just wanted it to feel very comfortable.”

And comfort, Nicdao says, is everything. “Luxury is not necessarily about shiny finishes or art pieces,” he explains. “There’s a casual luxury here.” Which speaks to the very purpose of the home—the indulgence of being surrounded by friends and family, even in an off-piste retreat. 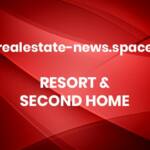